For over 10 years, Boxmoor Primary School near Hemel Hempstead had a bright red double decker bus on its playground, which had been converted into a fun learning bus and library for its pupils.

Sadly, this year it was time for the school to say goodbye to its quirky learning space. This is where the Statham’s team come in.

Over the years a number of obstacles have been put in place outside the school causing some difficulties when trying to remove the bus. For example:

Our expert team used one of our heavy underlifts and Paddy, our telehandler, to remove the bus quickly and safely and take it on its final journey to the vehicle recycling centre.

It was a challenge, but the Statham’s team worked together and succeeded!

Here’s what Head Teacher Vicky Campos said about the removal:

“I just wanted to drop you a line to thank you and your team for the amazing job they have done today with removing our Learning Bus from the school site.

“I admire their patience as it was not a straightforward job. I am currently sitting in my office looking at the bus being attached to the truck for the last stage of its journey.

“The professionalism both workers have shown needs mentioning. They have had to endure a difficult task whilst being overlooked by various people throughout the day. A special mention to them both would be appreciated, I’m sure.

“We were all so impressed with how hard the guys worked today, we really were. Such good humor too, which they needed coming up against the obstacles to remove the bus

“It is an end of an era for our school, but we are looking forward to using the space for something else for our children. Thank you for your help and support.”

View all posts by Nicki Probets → 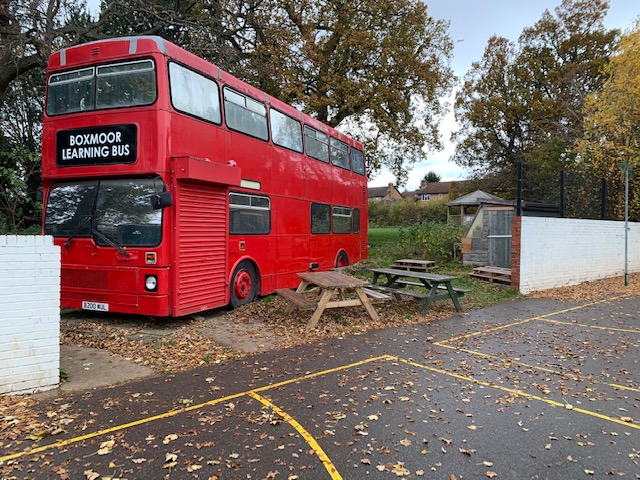 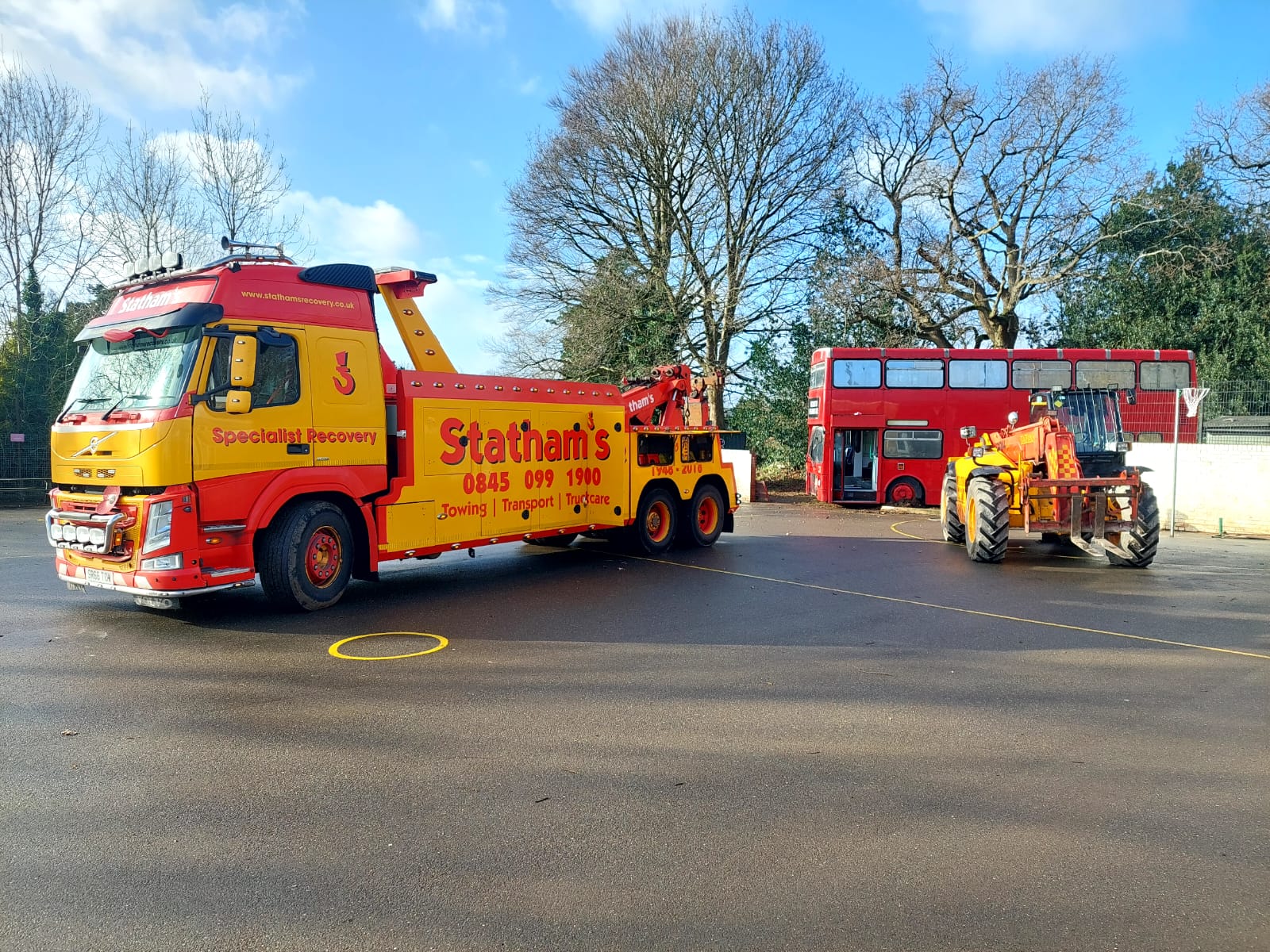 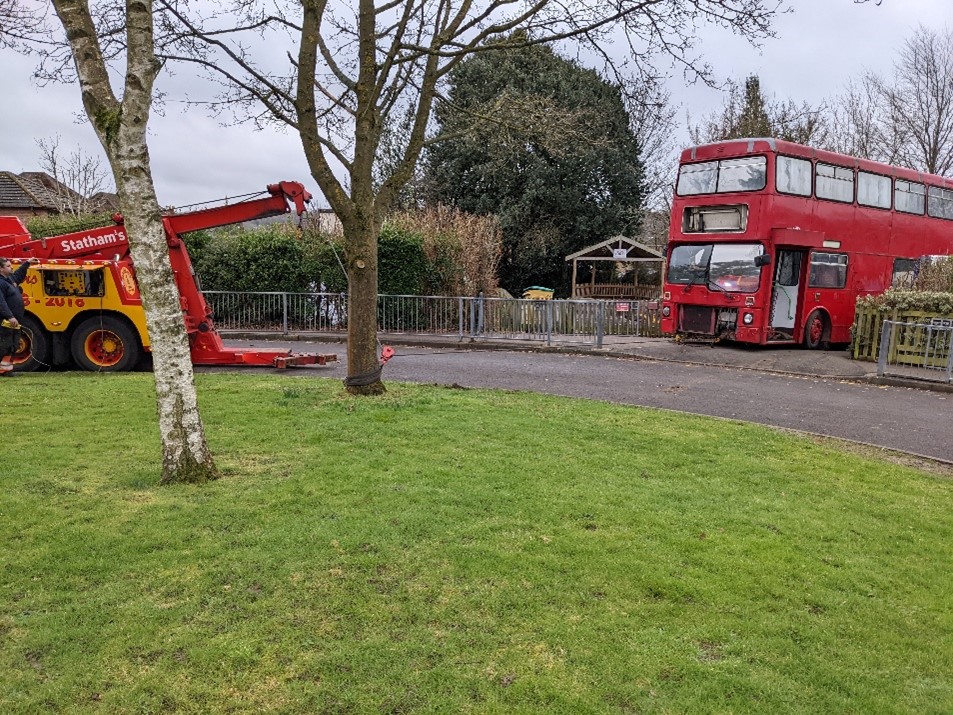